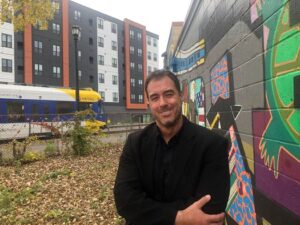 Despite a tentative agreement in May on $3 billion-plus in tax cuts and spending, Minnesota Senate Republicans have walked away from the 11th hour deal with Gov. Tim Walz.

After a tentative agreement, the Legislature’s session ended without the tax and bonding bills passed. Both sides continued negotiations until Thursday. The Republican leadership said the sides were far apart; DFL leaders said they had been close to a deal.

Some of the proposed spending and tax cuts would boost Main Street, improve transportation infrastructure and attract federal matching funds, some of which may now disappear. More would have funded public health and public safety.

A number of business organizations are unhappy.

For example, the RevitalizeMN coalition. It sought $20 million in state tax credits next year — and a 10-year extension — to match the federal tax credit. Its member businesses renovate dilapidated structures that are declared historically significant, such as a renovated theater in Ely and a Winona grade school that became apartments last year.

A University of Minnesota study earlier this year found that every $1 of state funding generated $10 in related investment and thousands of jobs that paid construction workers $172 million through 170 historic properties over the last 11 years.

President Chris Sherman of developer Sherman Associates noted there was bipartisan support to renew the historic building tax credit. Now, because it is part of the suspended legislation, it’s back to the drawing board for historic projects such as the Duluth Armory, St. Paul Landmark Center and Minneapolis Northstar Center. There will be lost economic development, according to RevitalizeMN, a trade group of developers, bankers, contractors and laborers.

Another small but significant business group sought $20 million this session.

Minnesota Commercial Railways, an association of 15 short-haul railroads, cover tracks that range up to 25 miles that were abandoned by the national-consolidator railroads. The small lines serve hundreds of Minnesota industrial firms. They have received state subsidies since 1976 because they can’t afford the full costs of track-and-bridge repairs.

“The failure of the Legislature to pass a bonding bill last month is a huge disappointment for Minnesota’s railroads and [business] customers,” said John Apitz, executive director of the Minnesota Regional Railroads Association. “It is perhaps the most important task that lawmakers have in the last year of the each biennium. These [investments would allow] heavier rail cars, which means cost savings for shippers and far less damage to our roads and environment than moving this same freight by truck.”

And then is there is Urban Indigenous Legacy Initiative of 16 American Indian nonprofits in the Twin Cities that sought $84 million in bonding proceeds to renovate and renew their education and training, health care and cultural centers that have deteriorated for lack of funding for years. The money would have paired with $64 million raised from private sources and is necessary to get the projects done, the group said.

Chief Executive Joe Hobot of the American Indian Opportunities Industrialization Center that provides high school educations and job training for more than 1,000 annually in an antiquated south Minneapolis facility, led the coalition of Indian groups that worked together on a collaborative legislative pitch for the first time.

“We implore you to return to the Capitol … in special session so that you can complete the work of the people, on behalf of the thousands of Native American constituents who receive services at our organizations each year,” Hobot wrote legislators this month, noting some of the projects would be delayed indefinitely without state funds.

The longer it takes, he wrote, the greater the costs for the projects.

The Legislature passed and Walz did approve a “hero pay” package worth $500 million for front-line workers during the COVID-19 pandemic and $2.7 billion in federal money to refill the depleted state unemployment insurance fund in a business-pleasing measure. That pleased business lobbies.

“Some people wanted more, but there already was a substantial increase in spending,” said Beth Kadoun, vice president of tax policy at the Minnesota Chamber of Commerce. “Some good things got done.”

But the fiscal year ends in a few days, and there’s an election in November that will give the winners control of an even bigger budget surplus.

The Legislature, flush with several billion dollars this session in pandemic recovery and surplus funds, should have gone further this spring, amid a slowing of the economy, with investments in Minnesota’s economy and people.